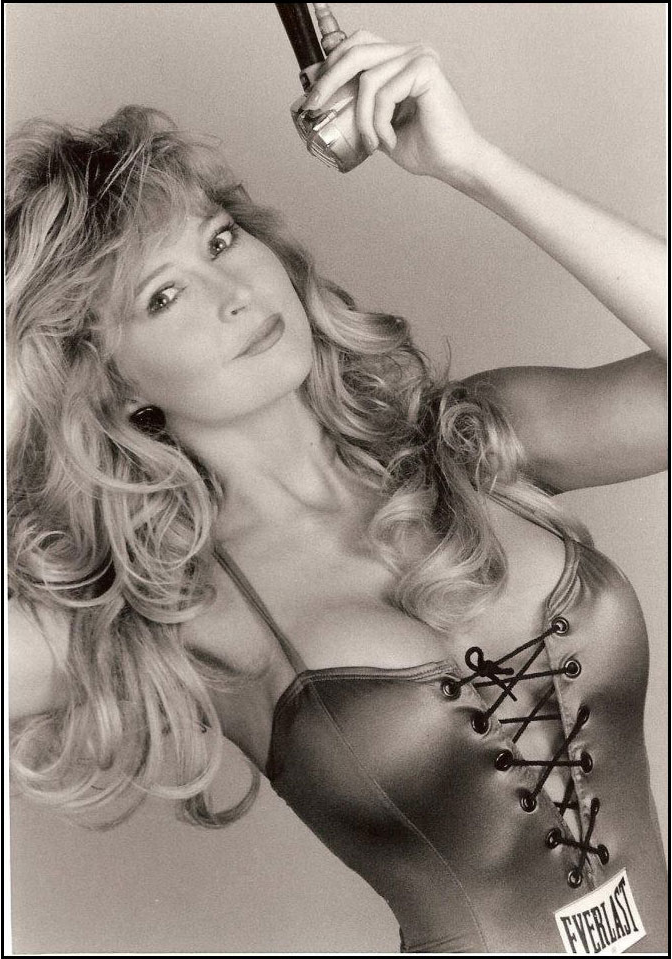 In 1992 Angela Blevins became, not just Professional Boxings FIRST female ring announcer, but one of the sports most dedicated professionals. Since then, she’s worked in the ring in all over the world.

Angela has announced main event title bouts as well as under cards for a variety of Professional Boxing sanctioning bodies including the WBC, NABF and the IBF. She has also served as a dynamic Master of Ceremonies for numerous kickboxing championships and pro wrestling events as well as hosting several television sporting programs.

“Ring Announcing is definitely a challenge”, says Blevins “You’re handed the decision and you have to announce it, live, making it look like you've had all night to rehearse. It has to be right the first time, because you only have one shot at it.”

“I have seen many outstanding ring announcers over the years and I can say with all honesty that Angela gives them all a run for their money.”
Rusty Rubin
Ring Sports Magazine

“Angela what can we say? You were awesome! We had a few more hitches than usual and we appreciate being able to rely on your professional performance to ensure smooth sailing. It was actually our biggest and most exciting TKO event yet… and all the comments we've received on you have been nothing but fantastic. We look forward to having you involved in our future events."
Tonya Parma
TKO events 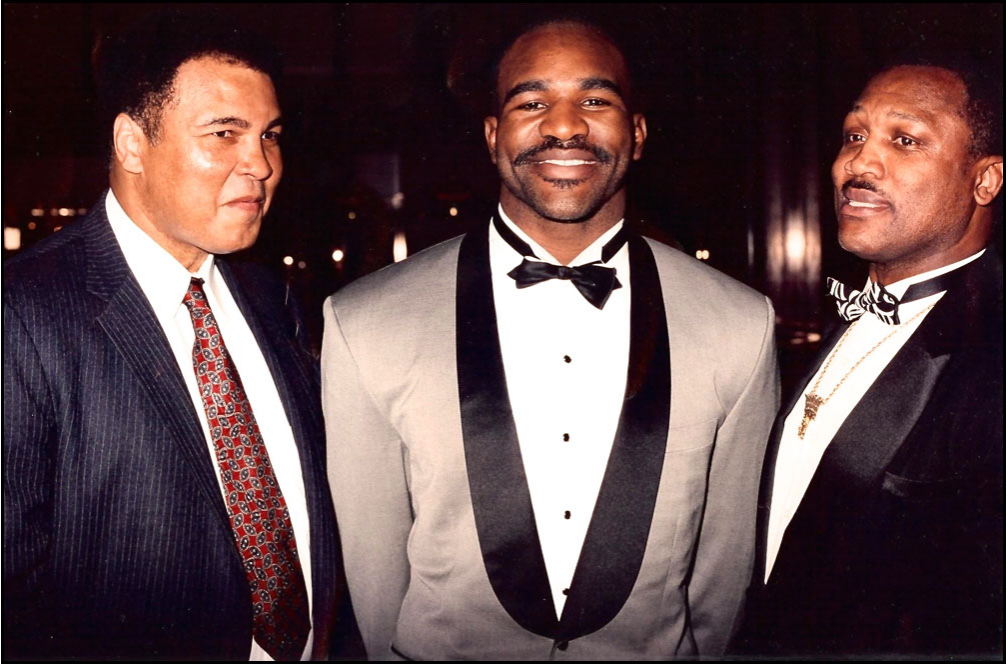 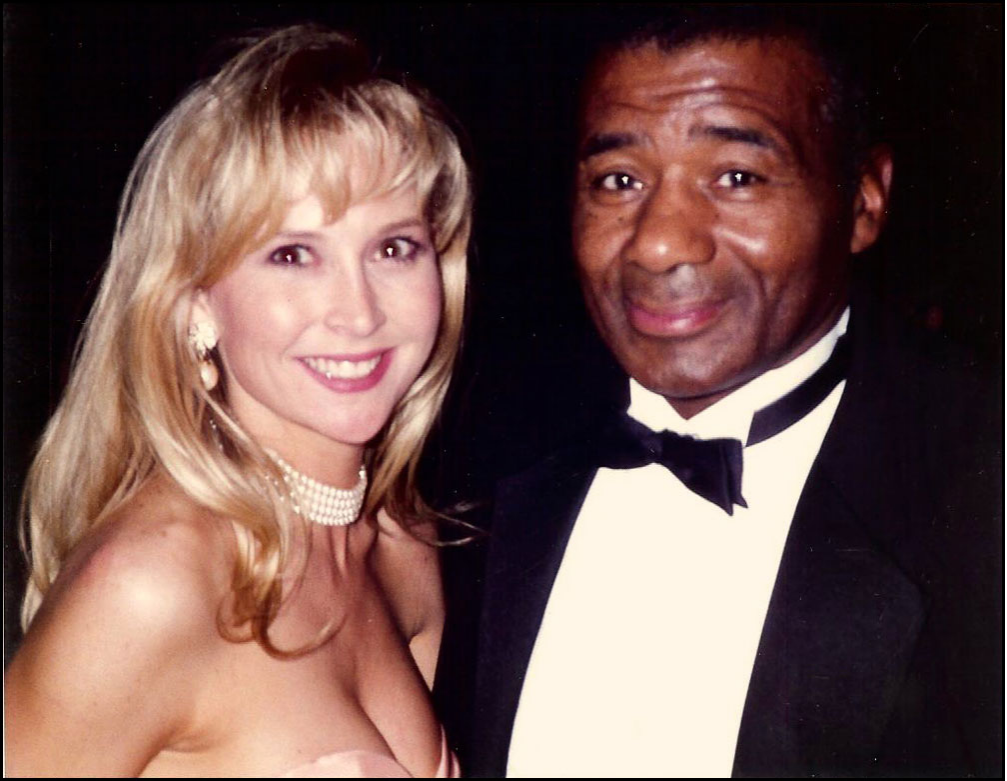 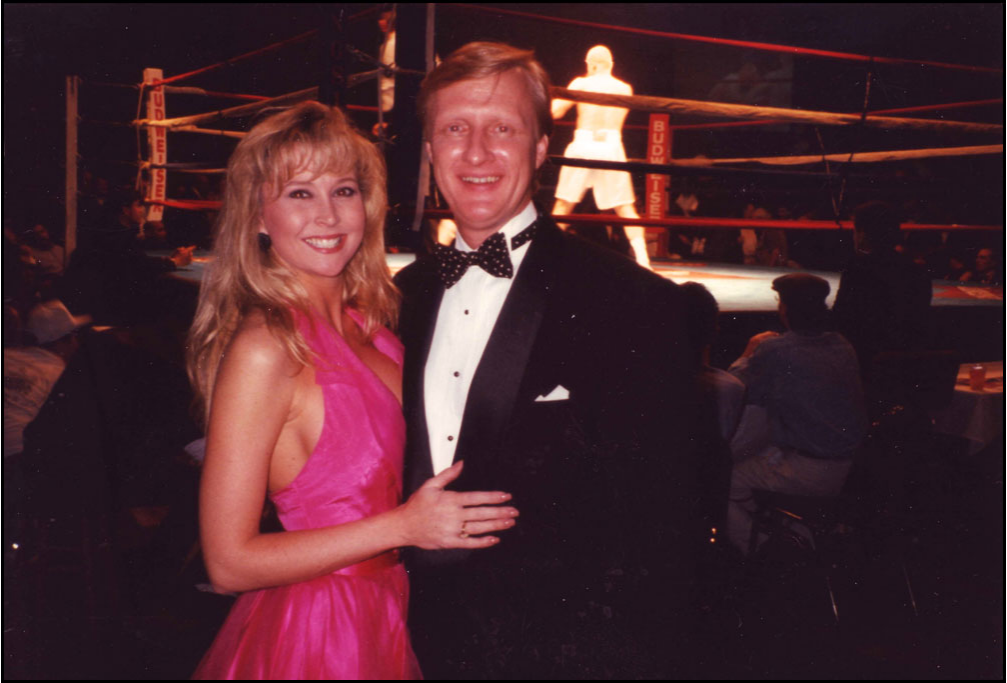 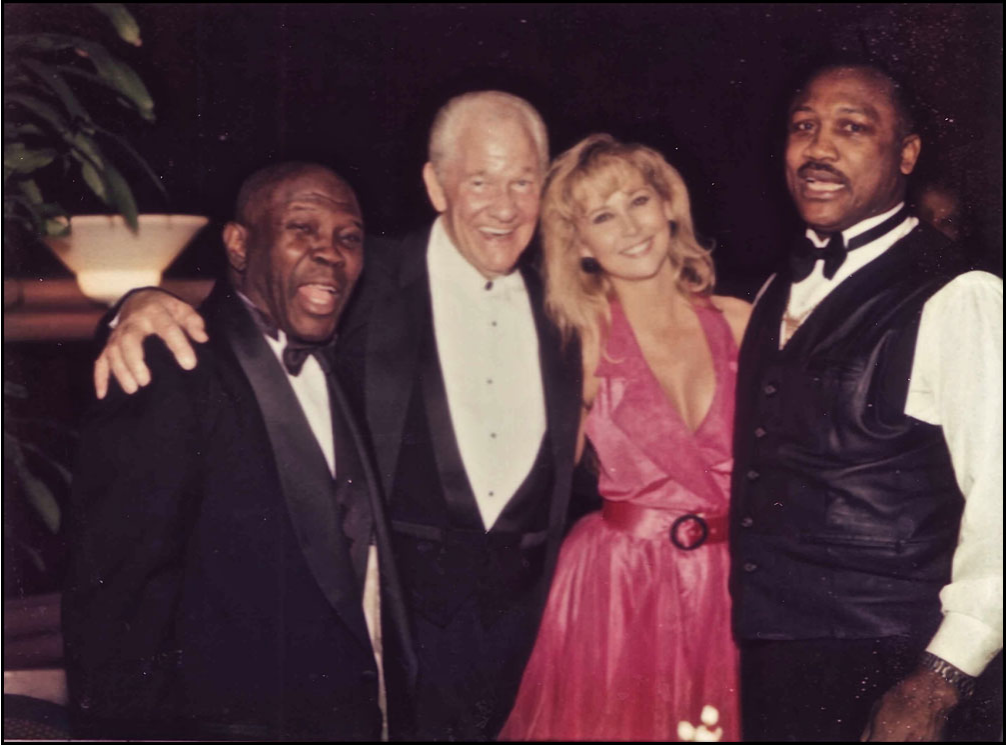 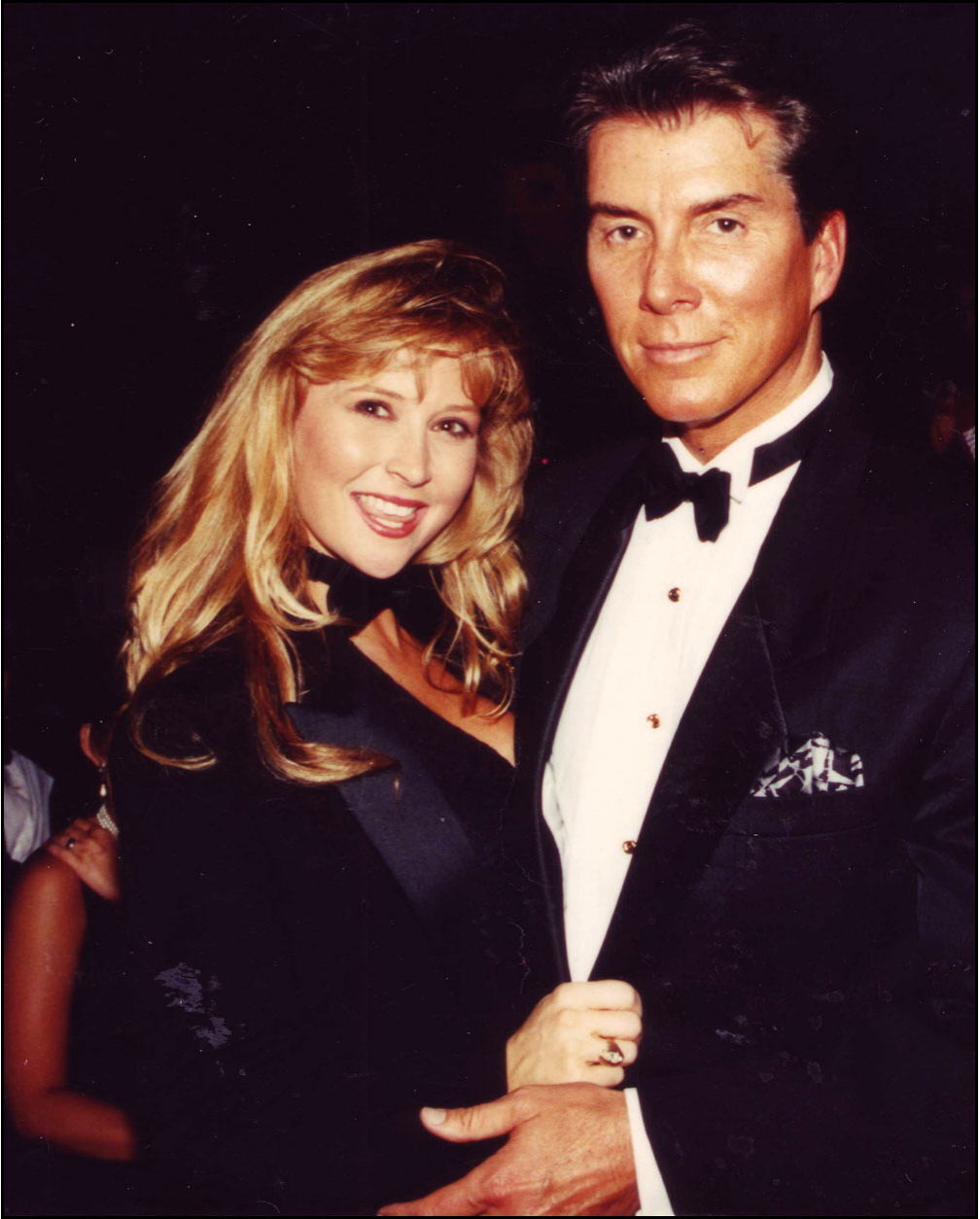 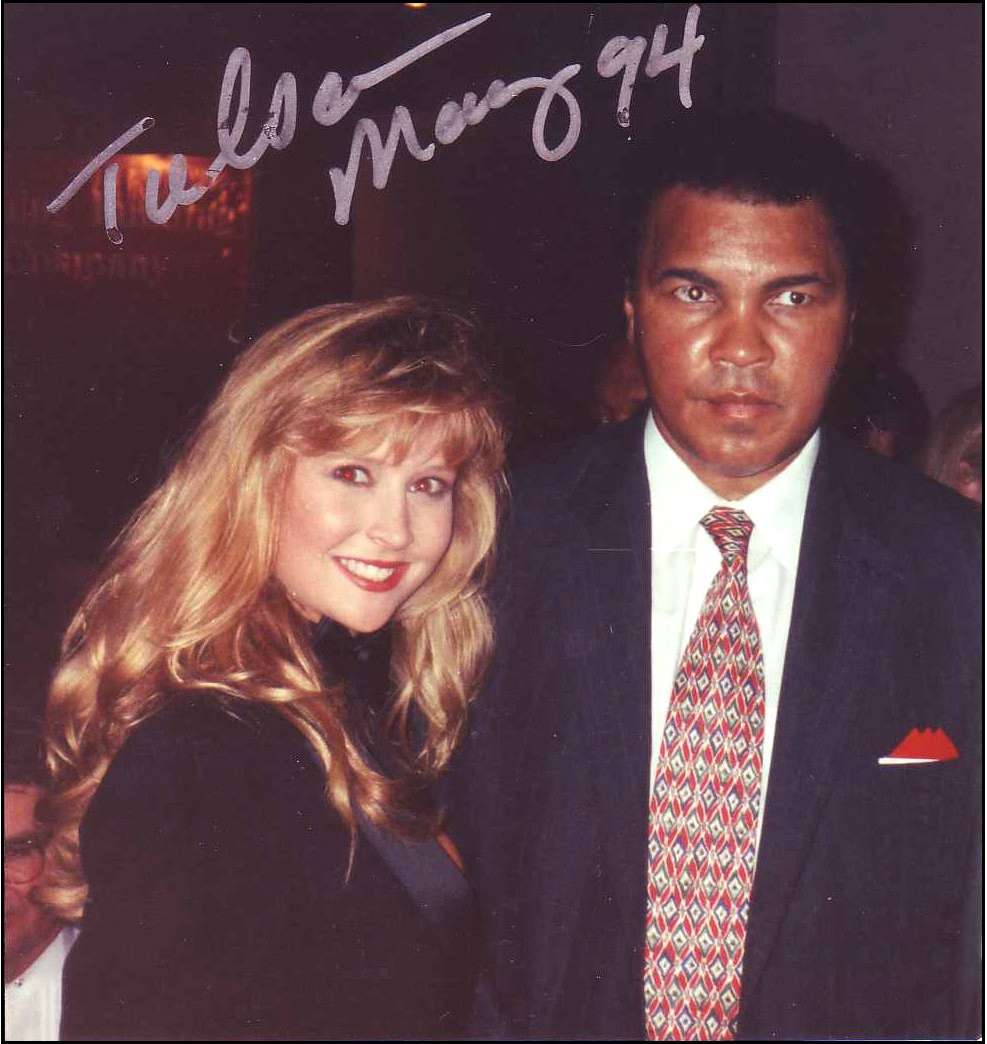 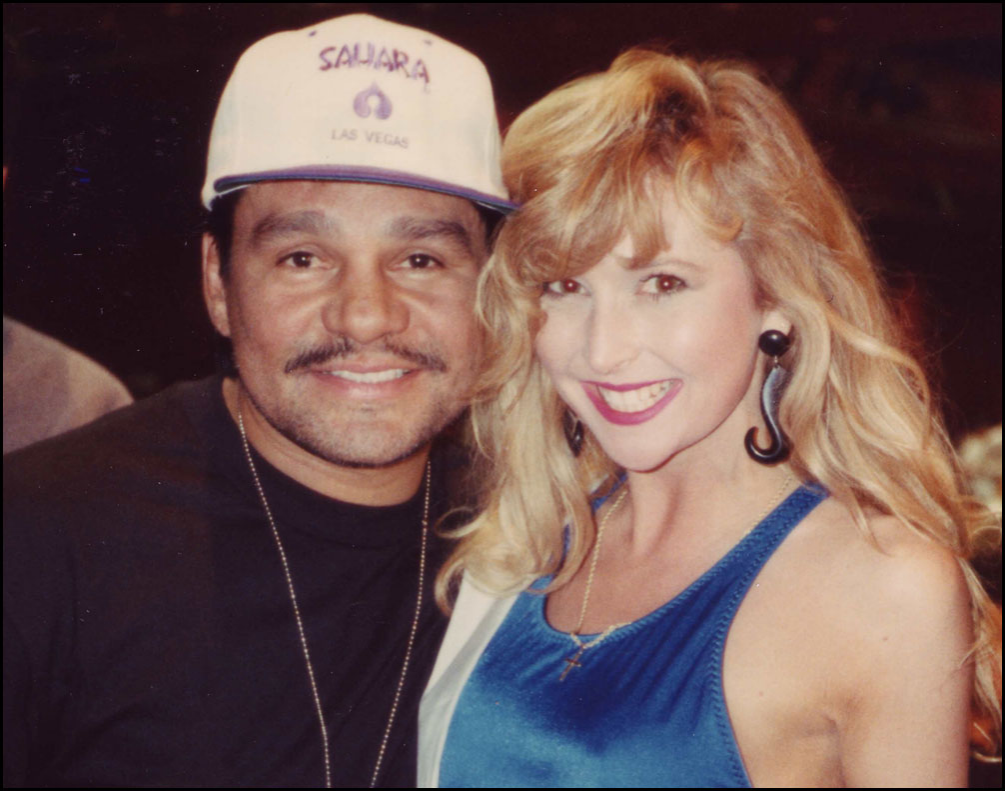 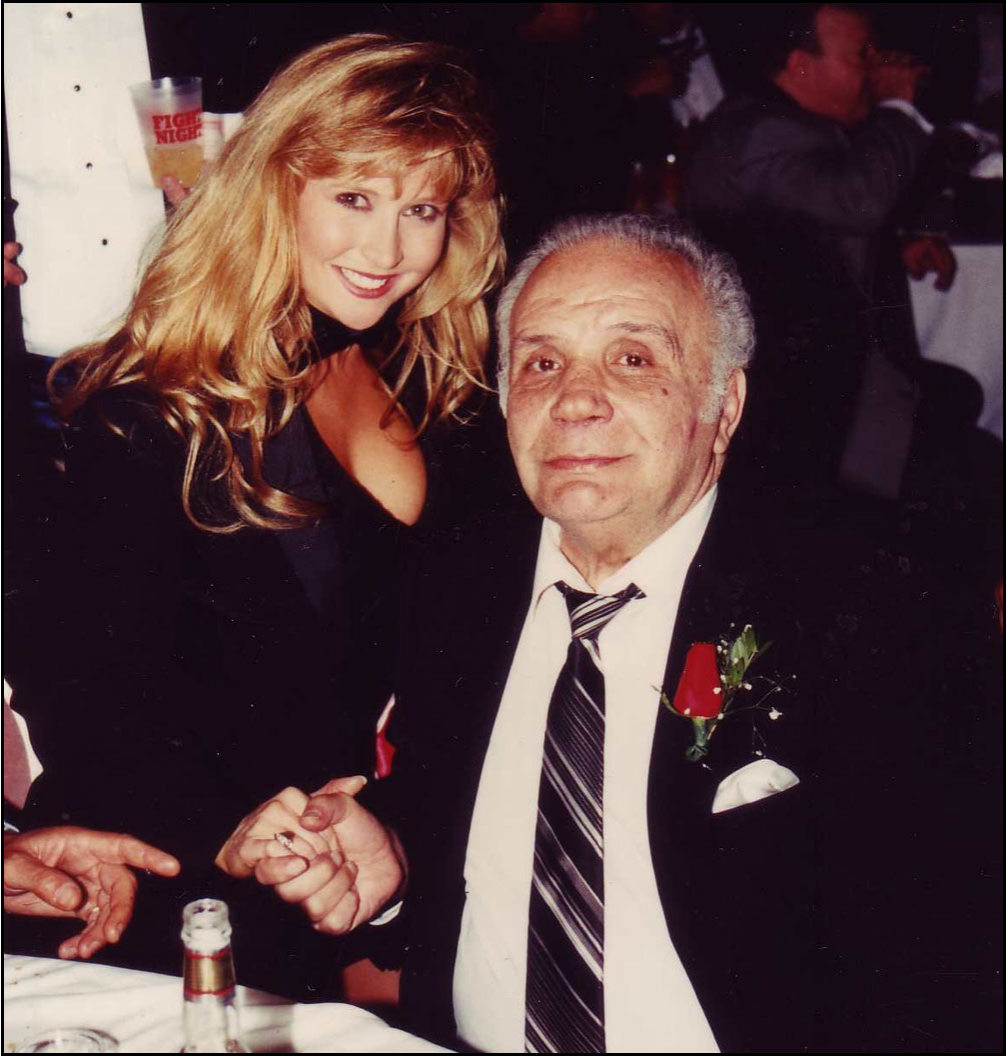 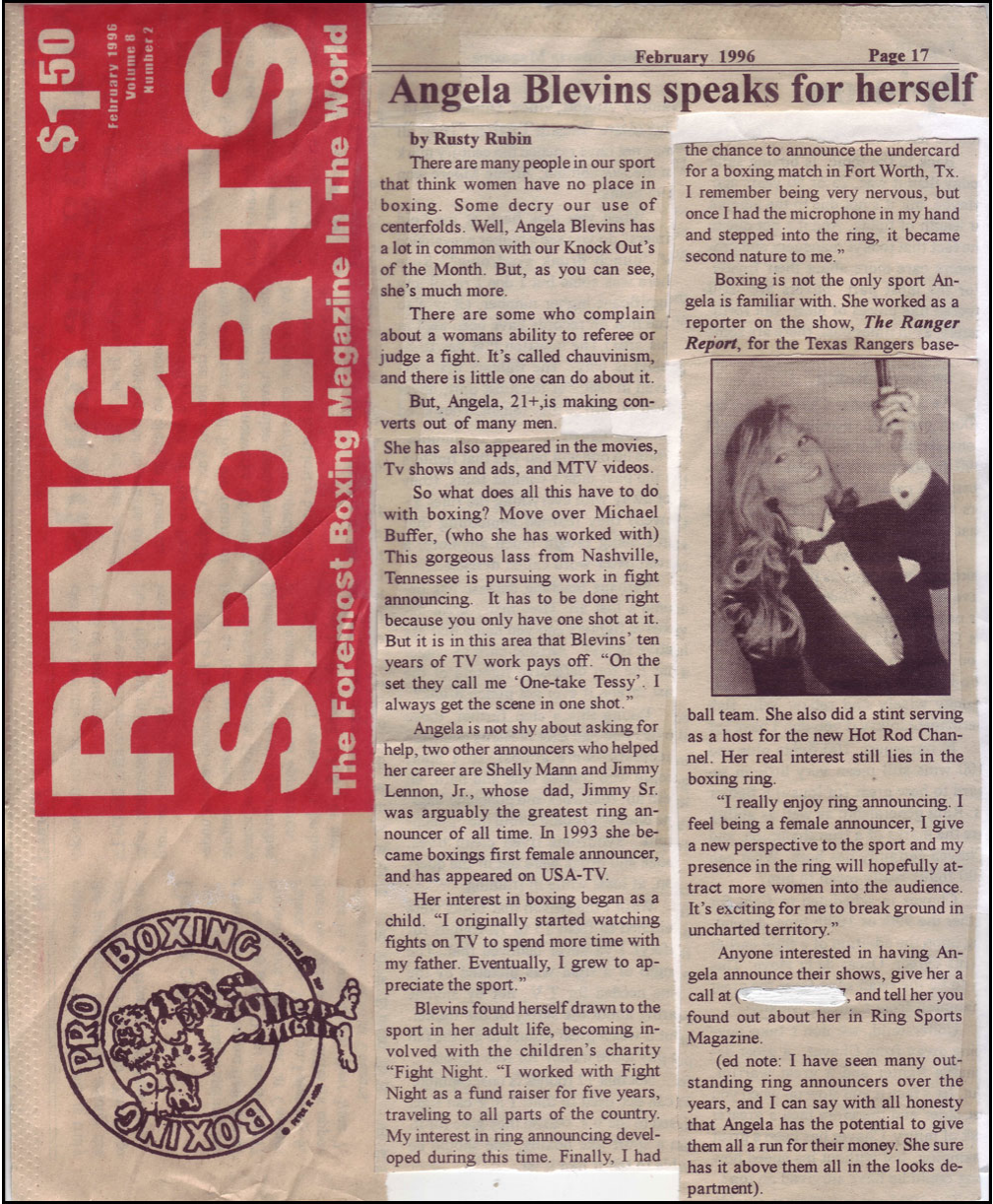 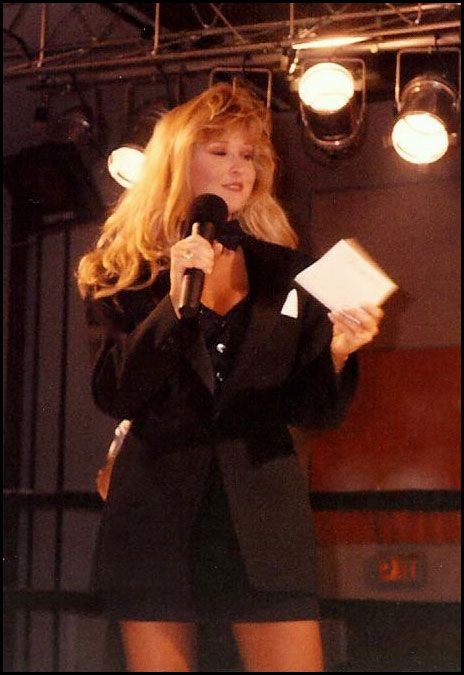